Three children were born into a wealthy family. The parents were strict and the kids were little rascals!! An odd combination, no doubt, but that’s the way God planned it. So, it was!!

I happened to be the middle child, with an elder brother and younger sister. So, I was the most neglected one, or so I felt! This made me a loner and I loved my own company. But, as we grew up, my brother and myself became very close, almost thick friends, who thrived on mischief!! My little sister was the goodie- goodie type, and so she did not happen, to fit into our team!!

Our mother was a “No-Nonsense” person, who believed in complete discipline and correct manners, while we, the two elder kids, were always bent upon proving her attitude, Wrong!! We thought, “What is Life, without a little magic.” And, ‘magic’, for us, translated into mischief.

A STROLL DOWN MEMORY LANE

Once, mom took us to meet a dear friend of her’s … She instructed us, to behave, and eat, very little of the snacks, offered to us. We were not to be loud, and not go romping about the whole house. “Be good” said mother and we innocently nodded.

Well, we reached our destination, greeted our hosts and sat quietly, like angels. When snacks were offered, we took little tid-bits and smiled our thanks! Then, aunt took mom, around, to show her house, while we sat quietly. The moment the two ladies left the room, we ‘attacked’ the plates of snacks and polished away all the tasty delights, we had been eyeing from a distance!! Well, when mom and aunt returned, they were shocked to see the empty plates – but none commented. We knew, we were, in for a good over hauling on our way back home.

Just as predicted, we received our huge share of reprimands and angry outbursts from mother. We listened with our heads down. This became our regular practice, over the years. ‘Heads down’!! Mom’s favourite punishment was to make us stand in a corner and rub our nose on the wall until she told us to stop. And reaching home, she did just that!!

LITTLE ROGUES, WITH A CAPITAL ‘R’ 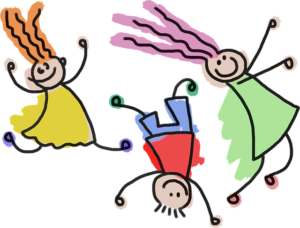 Our daily study time was from 6:30 pm – 8:30 pm. Before that, we were allowed to play. We were generally, never in a mood to study. My brother would keep a peculiar wire in his pocket and often, just before 6:30 pm he would insert that wire into a plug point, and he would tell me to put the switch on, because we were ‘partners in crime’ so we shared the crime!! As soon as I put the switch on (with the wire in the plug point) the lights would be fused in a jiffy! Yaay! No lights, no studies today…!!  How wicked we were !!!…nd how brilliant!!

PRANKSTERS, CAUGHT IN THE ACT……NO ESCAPE

Afternoon siesta was an important ingredient of our strict daily routine, and how much we hated sleeping in the afternoon. As we grew up into teenagers- the mischievous streak in us also grew!! My father called us “Criminals” but we preferred the term “Rascals”, for us !! because it was milder. Ha! Ha!

It so happened, that, one eventful afternoon, during our siesta time, we both siblings decided to sneak out of the house and head towards our boundary wall, that separated our bungalow from our neighbours’. This mighty ‘wall of China’ had lots of sharp, jagged glass pieces, embedded at the top portion of the wall, to prevent thieves and mischief mongers like us, from entering the adjacent compound.

We thought, we would break the glass pieces, with a rod, and collect them in a bag and sell them @50paisa/kg to a scrap dealer!! Such little delinquents were we!! So, according to plan, Down bent my brother and I climbed on his back and stood erect so that the rod in my hand could reach the glass pieces comfortably and I started my job of hitting the pieces with my rod, while our servant’s boy, merrily collected them in a bag. The sense of achievement, I felt, at my successful feat, surpassed the joys of wealth and luxuries provided by our dad!!

Well, as they say, “all good things, must come to an end,” so did our short – lived joy!! We were caught in our act of crime, by our neighbours, who reported the matter to the police. And Lo! The next day there stood, 2 policemen in uniform, knocking at our door. Our strict father, who we called “Hitler” was apprised of the neighbour’s complaint about our ‘theft’.

Dad was too shocked, at the blame hurled upon his ‘innocent’ children, and chided the policemen away!! But… But after they left, we got the thrashing of our lifetime! How could we even dare to think of indulging in such a petty act – He said. Anyway, mother came to our rescue and rushed us away from his angry outbursts, and there we were, once again, rubbing our nose on the wall.!!!

HOW, FAST ROLLED, THE WHEELS OF TIME…. THEN AND NOW!! 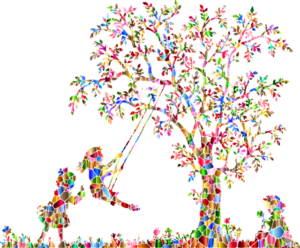 Now, when we think back, it feels strange, as to how we were, abounding in such mischievous acts, compared to our good, well behaved but ‘boring’ kids. (Sorry kids !!) Children of today lack the desire to connect with nature, (trees, flowers)as they love their mobiles and laptops, more. Outdoor activities, and mischievous playfulness have taken a backseat in their lives. Interacting with relatives and hordes of friends, seems to have been replaced by social media, like Facebook, WhatsApp, Instagram etc. Sports ground, which in our times, thronged with youngsters, now give a near- deserted look. Today’s kids have become ‘e-kids’ !!…

We, as parents and grandparents, should inculcate in them, the desire, to understand, the power of outdoor life …. it’s joys nd thrills! We need to, tell them interesting stories of our times, when we visited relatives during holidays and played together, in complete harmony … How we went fishing, and digging for worms. The enchantment of catching fire-flies in our closed palms or watching the collection of honey from huge bee-hives was a joy to behold! It was nature, nature, everywhere, filling us with ecstasy, unlike today’s kids, dipped in the world of technology, unaware of the natural magic around them.

We enjoyed outdoor games like ‘7 tiles ‘or ‘I Spy’ or ‘Catching the thief’ etc., so much, that we forgot we had a home too, where we were expected to return. Oh! What fun it was, when mother angrily said “Take your bed and sleep outside. No need to come into the house.” And we like fools, innocently took the scoldings seriously and did as we were told, until we were made to realise that it was a ‘Reprimand, not a suggestion’ and we were merrily dragged back into the house. 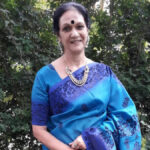 Jyoti Bhalwar is a Post Graduate in English Literature and psychology, from Lucknow University. She is an animal lover. Her hobbies include shares market trading, reading novels, and teaching small children ,

7 thoughts on “IT’S YESTERDAY ONCE MORE!!”